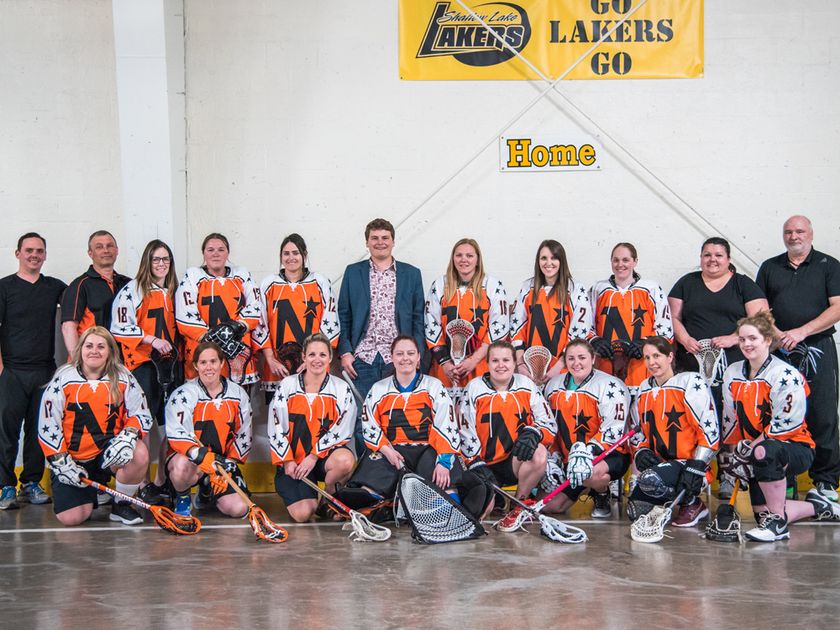 The club now takes on the official team name of the Brand Realty Owen Sound North Stars for the inaugural season of senior ladies box lacrosse in Owen Sound.

Over the years, Owen Sound has been put on the map as a lacrosse community, and team vice president Jessica Walker said they know they have some big shoes to fill.

“Having Brand Realty Group on our side to support and encourage us, gives us a boost of confidence, even before stepping onto the floor,” Walker said.

The ladies will hit the floor for the first time as a team with a full roster, two coaches, and a trainer for their first game of the season against the Arthur Aces in Kitchener May 23 as apart of Lacrosse Promotion Day.

Fans can follow the team’s first season through social media at the user tag @brandrealtynorthstars.

The OWBLL plays under the Ontario Lacrosse Association umbrella. The women’s senior box lacrosse league began operations in 2008 and is now features ten teams: the Akwesasne Warriors, the Arthur Aces, the Clarington Gaels, the Grand River Attack, the Hamilton Bengals, the London Thrashers, the Niagara Turtle Islanders, the Owen Sound North Stars, the Toronto Stars, and the Whitby Rush.